Browse: Home / Young adults and Families will be hurt by the NHI

The following article was written by Jasson Urbach and published by the Free Market Foundation on 22 August 2018.

A unintended, but serious consequence of government’s drive to introduce the National Health Insurance (NHI) is that young adults and families will be hit the hardest.

Known as the “Demarcation Regulations” and issued under the Long- and Short-Term Insurance Acts, the regulations affecting the choice and benefits of healthcare insurance, came into effect in April 2017. The bulk of changes took effect from 1 January 2018. These regulations were intended to forge a clear boundary between medical scheme cover, which is governed by the Medical Schemes Act; and other types of health insurance governed by the Insurance Acts.

This will have a profound effect across the board and will hit the younger market hardest. Young people, especially those with children have little disposable income. Younger consumers exercise freedom of choice, by opting for a less expensive scheme and additional insurance gap cover to “top up” what they may need for any shortfalls.

In the inaugural annual GTC Gap Cover survey published in May, Jill Larkan, Head of Healthcare Consulting at GTC said that younger families are affected because “…younger families’ medical aid gaps are often more likely to be admissions to an emergency ward for procedures such as broken limbs, where these same medical aid members usually have to pay for this from their medical savings accounts, which can be depleted quite quickly.”

Persistent government regulatory interference in the healthcare sector has driven up prices and reduced access to medical scheme cover and complementary insurance products. The latest regulations have made it more difficult and more expensive for insurers to bridge the gap between medical aid schemes rates and what medical services providers charge.

Insurers can no longer respond to consumer needs and offer innovative and targeted products and prices. They are forced to act like medical schemes. The insurer must now offer the same set of benefits offered by medical aid schemes at an increased cost. Competition and choice has been severely curtailed.

One of the policy measures introduced in the Demarcation Regulations was to limit Gap cover claims to R150,000 per year. Previous gap cover was unlimited. On rare occasions when highly specialised expensive treatments are required, medical schemes cannot cover the full cost of the treatment as they risk bankrupting the entire scheme and having to deny cover to all beneficiaries enrolled on that option. However with the new limitations in place some individuals who are diagnosed with these rare conditions face bankruptcy or worse and will potentially be denied access to healthcare.

Gap cover products were designed so that consumers could avail themselves of additional cover for catastrophic shortfalls. The new legislation denies patients the right to insure themselves comprehensively against such catastrophes, and thus denies them their right to access healthcare. The market, historically, recognised the need and developed products to overcome such shortfalls, but now government is preventing insurers from meeting the needs of consumers.

Most wealthy people will continue their medical scheme membership and will be able to comply with the new regulations. But poor and middle-income South African’s will not be able to afford this form of social engineering and will increasingly be denied their constitutional rights of freedom of association, access to quality healthcare and the protection of their private property.

Jasson Urbach: Director of the Free Market Foundation and head of its Health Policy Unit 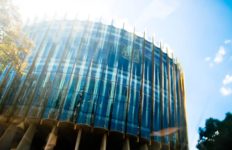