Browse: Home / What do South Africans think of Taxis? An IRR report on Public Perceptions of Taxi use, Safety and Crime

The South African Institute of Race Relations has released a new report on the Taxi Industry in South Africa. 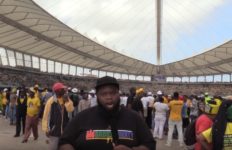 What do ordinary ANC supporters think?→