Browse: Home / Unemployment in South Africa is a National Crisis

Unemployment in South Africa has been a national crisis for too long leaving 9.4 million citizens unemployed. President Cyril Ramaphosa attended the first day of a two-day jobs summit convened under the auspices of the National Economic Development and Labour Council (Nedlac); many possible solutions to the jobs crisis will be discussed, but these will inevitably fall short, because none of them will be focused on making job-finding, and employment, easier for the jobless. Bold, creative and, in many cases, unpopular decisions have to be taken to solve such a national catastrophe.

As it is a problem with the system that has caused mass unemployment in South Africa, government must have the political and moral courage to fix it. Vested interests must make way for the rights of the unemployed so that they can provide for their families.

Dealing with the high unemployment in South Africa means making unpopular decisions when needed.  Doing what needs to be done marks the difference between the acts of a statesman and an ordinary myopic politician who focuses on short-term solutions and plays to the gallery, rather than doing what is necessary to increase employment opportunities for the people. For policymakers right up to the presidency, the stark choice is between expediency and rational principled judgement. Hard decisions often require a change of approach.

Persistent unemployment in South Africa has serious implications. It excludes a vast section of the adult population from productive participation in economic activity and the country is the poorer for that. Unemployed people are desperate people and desperate people can more easily be tempted to act in a way they never would if they just had a job that allowed them to put food on the table for their families. The cost, in terms of the mental and physical health of the unemployed and their families, is untold misery.

But what is to be done? In his booklet, Jobs for the Jobless, Eustace Davie put forward an ingenious solution that would make it possible for the jobless, including the unskilled, to access jobs that would allow them to learn on the job, regain their self-respect and look forward to the future with confidence. The point of departure of the proposal is that it is aimed at dealing with the current reality of the country’s labour legislation. Davie proposes that labour legislation should be left as it is, except for a small change to accommodate what he describes as a Job Seekers Exemption Certificate (JSEC). The JSEC would exempt the unemployed from the labour laws and make it legal for them to enter into employment contracts on any conditions and at any wage that they find acceptable.

Davie proposes that labour legislation should be left as it is, except for a small change to accommodate what he describes as a Job Seekers Exemption Certificate (JSEC). The JSEC would exempt the unemployed from the labour laws and make it legal for them to enter into employment contracts on any conditions and at any wage that they find acceptable.

In other words they would be able to say to an employer, “Give me a job, you don’t have to worry about the labour laws. I am exempt. We can write a contract between us and I can decide if I am happy with it. If labour inspectors come around, all you have to show them is the certified copy of my JSEC, which I will give you, and a copy of our contract. You will not land up in the CCMA.”

If government is concerned about employers wanting to fire employees and then take them back when they have a JSEC, a provision can be introduced that to qualify for a JSEC the applicant must have been unemployed for more than six months. The unemployed should be entitled to exemption as of right for a period of at least two years to allow the holders to change jobs until they find a job that suits them best. Certificates should be conveniently available, such as at the offices of the nearest local authority.

Given the vast numbers of jobless people and the high rate of unemployment in South Africa, large and small employers should be able to hire the long-term unemployed on an exempt basis. Labour unions would probably object to a blanket exemption so government could limit the employment of exempt workers to small, medium and micro enterprises (SMMEs) that generally account for the greatest slice of job creation at the unskilled and semi-skilled level.

SMMEs are vital points of entry into the labour market for young and unskilled people, at both entrepreneurial and employee level. A 2018 study from The Small Enterprise Development Agency shows the number of SMMEs has declined from 2.48 to 2.44 million. The SMME sector provides employment to nearly 8.9 million people in South Africa (2018).

Vested interests most probably will cry “exploitation!”, but in dealing with this criticism it is important to confront the stark reality that what is worse than being exploited is not being able to find anyone who wants to exploit you. A sad reality is that many unemployed people have very stark options: to work for what many of us might regard as exploitative wages, to starve, or to rely totally on employed relatives. The time is now for legislators to show compassion for those who desperately need to find work: those to whom something is better than nothing.

Written by Temba A Nolutshungu, a director of the Free Market Foundation 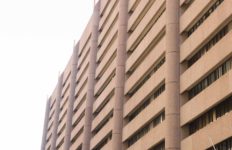 What does a skills decline mean for Entrepreneurship?→