Browse: Home / The Tourism Industry suffers: What can be done?

We saw the new statistics again on tourism last week, released by Statistics South Africa (Stats SA). Unsurprisingly, they were dispiriting. It’s crystal clear that with these laws in full force, our tourism industry has been hammered.

Stats SA figures compared the number of foreigners entering the country in May and June this year with those in June last year. The data showed a drop of 9% of international visitors year on year. Our major market, China, declined the most again, 28% year on year.

This was another evidence of the ruinous impact these laws have imposed on the tourism industry. Grant Thornton estimates these stringent laws could cost the country more than R40 billion. Thousands of jobs could be lost as tourists become scarce.

What should be done?

At least most of us can see now that our economy continues to suffer – that something needs to be done to reverse this catastrophic trend. In my previous piece here at Ineng, I wrote that these laws should be repealed. We need to think of the quick and efficient visa application process that will encourage tourists around the world to choose South Africa.

The South African government has acknowledged that there is a need for e-visa. E-visa would simplify and speed up the visa application process. In a vast country like China, people would not have to travel long distances to apply for a visa in person. They could do it in their homes via the internet.

It is an idea that the former Minister of Tourism, Marthinus van Schalkwyk, embraced three years ago. Other countries such as the United States of America, Australia, Bahrain, India and Turkey already have e-visa. This would be one of the effective ways to grow the tourism industry.

What we also need to do is to grant visa-free access to most of our neighboring countries in Africa. This would certainly encourage others in the Sub-Saharan to grant visa-free access to their territories. African countries need to trade with one another to bolster their burgeoning economies – and the ease of travel in the continent would make a great positive impact.

Entrepreneurs in Public Policy recommends that the private companies “be allowed to assist investors with business and corporate visas that do not require biometric validation. By doing so, entrepreneurs will continue to source private investors and group tour bookings to help facilitate both foreign direct investment and tourism.” This is a fantastic idea – that will not only encourage foreigners to travel to the country, but will also boost entrepreneurship – which is what our country needs.

These are some of the things our government should do to grow this thriving sector and boost our economy. The rand has tumbled over the past months against the US dollar; to its lowest levels in 14 years. Such downswings in our currency could be beneficial to our tourism industry, if we have laws that make it easy for foreigners to come to South Africa and spend their money on cheap goods and services.

Given the fact that South Africa’s economy continues to be lackluster with disappointing economic growth, it is a matter of urgency that our government implements policies that lure tourists from all corners of the world. The tourism industry has potential.  We just need choose policies that fuel its growth, over the medium and long term.

It is Malusi Gigaba, the Minister of Home Affairs who, bizarrely, still defends these immigration laws. We all wonder what’s in it for him that he’s gone this far in defense of these laws.

The concern over child-trafficking is justified. Human trafficking worries the entire world. Countries are urged to fight against it, and what the South African government should do is to strengthen the police. The police must be effective in its methods to detect human traffickers, and resist taking bribes. And Minister Gigaba should acknowledge the crisis the industry is confronted with. That, in a way, will give us momentum to find the way forward.

This article is published as part of Ineng’s Free Skies program, looking at issues affecting the travel and aviation sector. Change in South Africa is Possible→ 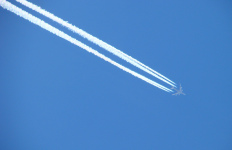