How do we get a clear understanding of the state of Entrepreneurship in South Africa? How do we see how our policies affect entrepreneurs and how these compare to other nations?

Fortunately there are a number of annual reports that examine the state of entrepreneurship around the world.

We at Ineng have decided to take a look at three respected reports.

Here’s some information on the reports;

The Legatum Institute‘s Prosperity Index is the only global index that measures national prosperity based on both wealth and wellbeing (objective and subjective data). The Index seeks to redeﬁne the concept of national prosperity to include, as a matter of fundamental importance, factors such as democratic governance, entrepreneurial opportunity, and social cohesion.

The Global Entrepreneurship Monitor (GEM) is the world’s foremost study of entrepreneurship. Through a vast, centrally coordinated, internationally executed data collection effort, GEM is able to provide high quality information, comprehensive reports and interesting stories, which greatly enhance the understanding of the entrepreneurial phenomenon – but it is more than that. It is also an ever-growing community of believers in the transformative benefits of entrepreneurship.

By gathering and analyzing comprehensive quantitative data to compare business regulation environments across economies and over time, Doing Business encourages economies to compete towards more efficient regulation; offers measurable benchmarks for reform; and serves as a resource for academics, journalists, private sector researchers and others interested in the business climate of each economy.

State of Entrepreneurship in South Africa Above: South Africa’s ranking on Entrepreneurship & Opportunity on the Prosperity Index

From the GEM Report:

“South Africa’s rate of entrepreneurial activity is very low for a developing nation – a mere quarter of that seen in other sub-Saharan African countries. Unemployment is around 40% of the adult population; despite this, the number of people starting businesses due to having no other option for work (necessity entrepreneurship) is low.

“Entrepreneurial activity in South Africa, although very low, has increased marginally over the last 10 years, but in 2014 dropped by a staggering 34% (from 10.6% to 7%). There has been an increase in women’s entrepreneurship primarily due to government support, but the perception of opportunities to start a business, and confidence in one’s own abilities to do so, remains alarmingly low compared to other sub-Saharan African countries.

The level of business discontinuance still exceeds that of business start-ups, resulting in a net loss of small business activity and subsequent job losses. Like elsewhere in Africa, many of the businesses cite lack of finance and poor profitability as the main reason for shutting up shop.

The typical South African entrepreneur is male, 25 – 44 years of age, lives in an urban area, is involved in the retail and wholesale sector and has a secondary or tertiary level of education.

Regulatory requirements make it very difficult for people to start businesses; this is further exacerbated by onerous labour laws and the low efficiency of the labour force. Corruption starting at the highest levels of government remains a major challenge, together with high levels of crime.”

The World Bank Group’s data shows that while South Africa is a better place to start a business than most other African nations, there is much room for improvement in order to compete with other economies.

The data also shows a decline in many of the key indicators. 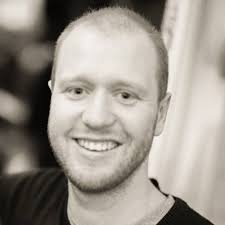 Michael is head of marketing at Ineng. 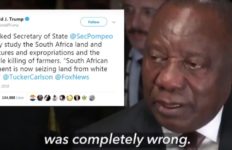