Following several workshops on the question of property rights and policy solutions tabled by entrepreneurs, Ineng’s Unathi Kwaza has slammed the latest motion to expropriate without compensation which took place in Parliament this past week.

“The ANC has failed the majority of the poor and black people of this country and now they want a quick and populist way to cling on to power. Then the EFF comes in, also desperate for more power – and land grabs seem to be the answer,” said Kwaza.

“Zimbabwe has had these kinds of politicians about 20 years ago and they collapsed the economy. Around 90% remain unemployed today and the government tis trying to reverse the process as we speak. Why do ANC and EFF think land grabs will have different results for SA? Are they that desperate for power at the expense of the poor who are already suffering the most? Wake up voters”

Previous Ineng workshops have proposed the following solutions, which so far have been ignored:

Expropriation without compensation is a risk to all, as micro enterprises have argued on the Cape Flats.

Entrepreneurs at Ineng’s Entrepreneurs In Public Policy workshops consistently argue for the urgent need for property rights policies to ensure entrepreneurs can succeed, by becoming direct owners in the economy. Above: Residents receive title deeds ensuring full ownership of their properties last year. Expropriation without compensation undermines direct ownership by the people, instead giving ownership to the government. 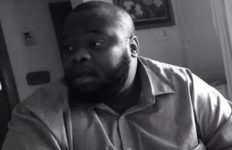 Socialist politicians are “desperate to control”→ 5 Threats facing South Africa and what to do about them→