What began as an activist voice at workshops advancing reforms to ensure the liberation of township enterprise, has shifted into thought leadership in one of SA’s leading think tanks.

Unathi Kwaza has been confirmed as a new board member of the Free Market Foundation of Southern Africa, having addressed audiences in Johannesburg as well as across Cape Town on the vital need for property rights, the ease of doing business and economic freedom.

“True economic freedom is defined as freedom to start and run business, trade freely and a regime of direct ownership by the people – not the government or politicians”.

Kwaza pleads with entrepreneurs to stand up when government seeks to regulate or take over sections of the economy or industry, regardless of whether it is one’s own sector or not. “If you do not speak up when free markets are under attack, there may be no one left to speak up for you when government comes knocking to take away your rights through oppressive regulation – or even outright theft”.

“Liberty is indivisible, as FMF director Temba Nolutshungu says. We must stand up for each other against government overreach whenever it comes. It is usually in the name of ‘the poor’, but only benefits the egos or pockets of those who wield power,” she adds.

Kwaza says government must create an enabling environment and invites South Africans to work together towards a society in which politicians are less relevant and everyday people are the central, empowered creators and direct owners of their prosperity”.

“We know how economies grow and people succeed. There is an Economic Freedom of the World Index that shows how it is done everywhere on earth. Only the corrupt in – or close to – government benefit by not doing the right thing of freeing the markets and the people. Let us fight without fear or favour for a growing South African economy  where people empower themselves.”

Ahead of her first meeting on the board of the FMF, Unathi Kwaza will also join a two-day summit of largely African think tank leaders in Johannesburg later this month. Many will testify on the horrors of expropriation without compensation and the removal of property rights in their home countries. “The poorest have always been the biggest victims robbed by the state in the name of so-called justice or development,” says Kwaza. “That is why these victims must be allowed to speak up and share with us the suffering they went through. It is a warning of what awaits us if we allow the evil in government the powers to take our rights to economic access, our possessions, our homes and our very dignity.”

“We can fight and we can win this battle – and the rest that lie ahead when it comes to the policies that continue to exclude millions from our economy. No more subsiding government and their business cronies at our expense, while using regulations to keep us out of the economy. South Africa deserves nothing less than full economic freedom!” 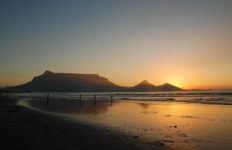 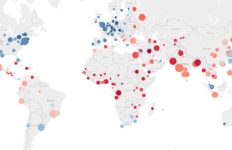 What is the Quality of Life in South African cities in 2018?→