Browse: Home / How to Stop Expropriation Without Compensation

Advocate Mark Oppenheimer discusses how to stop Expropriation without compensation (EWC) at a talk given at the Free Market Foundation.

Mark Oppenheimer is a practicing advocate and member of the Johannesburg Bar.

In the talk given at the Free Market Foundation headquarters in Johannesburg he discusses:

The ANC is playing a dangerous political game in forcing through its policy of changing the Constitution to allow for expropriation without compensation (EWC) and party members supporting this should be very clear about the consequences. Property rights are fundemental to a free and prosperous society. Attack these and you attack the heart of an economy and destroy any chance of South Africa being a prosperous player on the global stage. The Free Market Foundation (FMF), which has championed property rights for over 40 years, is actively campaigning to stop this damaging policy before it is too late, including through its Khaya Lam (My Home) Land Reform Project which facilitates the transfer of council-owned properties to the rightful owners currently living as tenants.

The FMF’s campaign includes a conference on 20/21 November. International speakers, with first-hand knowledge of what happens to a country when property rights come under siege, will present case studies from Venezuela, Africa, India and central Europe. The FMF will also propose solutions to land reform that do not require a far reaching and perilous change to the Constitution. We invite everyone who cares about the future of the country to attend, free of charge (conference details below).

It is a global proven fact that without secure property rights, foreign and local investor finance stops. Government’s current foreign investment drive will be a waste of time as no rational investor will put a cent into a country that does not offer protection of property. Despite positive statements by Ramaphosa and other ministers, foreign investment will remain a pipedream.

Government claims that expropriation without compensation is necessary to restore land that was stolen during apartheid, to redistribute land so that home ownership matches racial demographics, and to appease an electorate that is crying out for land.

President Cyril Ramaphosa claims that this policy will not hurt the economy and that it will bring more people into the fold by helping beneficiaries to become farmers.

These claims are false.

Recent history shows how state ownership and control of property smothers economic development throughout Africa and elsewhere in the world.

The myriad of rights which South Africans enjoy were won after decades of struggle against the state. With this proposal, the ANC and EFF trample over the sacrifices made by those who fought against colonialism and apartheid.

Under those socialist systems the state decided which South Africans could be secure in their property. We will be subjected to that same violation of individual rights if the Constitution is amended along the lines proposed.

Government’s narrative implies that EWC will only apply to rural land (moreover, to rural land held by white farmers). This is not how constitutional doctrine works. If EWC is amended into the Constitution, all property will be subject to it, regardless of government’s verbal, or even written, assurances to the contrary.

Secure private property rights are absolute prerequisites to a prosperous society and to individual freedom. EWC will undermine all the progress South Africa has made since apartheid ended, and will guarantee that absolutely no progress can be made in the future. It is imperative that EWC be abandoned and that land reform be pursued under the current, powerful provisions of the Constitution.

It is in the hands of ANC party members to prevent the disaster that awaits. Party loyalty and collective agreement is ingrained in the ANC membership, but, on this, ANC supporters should think very carefully about the long-term consequences for their children, grandchildren, and the economic future of South Africa. This is not about winning an election. It is about the future of today’s children.

Land reform is necessary and restitution solutions are available to South Africans without undermining property rights by amending the Constitution. Attend the FMF EWC conference and be part of this critical discussion.

Read more about Expropriation about Compensation 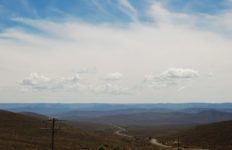 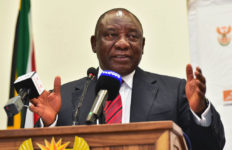