The Independent Entrepreneurship Group (Ineng) and the South African Institute of Race Relations (IRR) had the pleasure of sponsoring the first event for African Students for Liberty‘s Cape Town chapter.

Mienke Steytler from the Institute of Race Relations (which published Andrew Kenny’s work on energy policy reform as The Rise and Fall of Eskom – and how to Fix it Now) spoke on the IRR’s extensive policy work, looking at numerous issues affecting South Africa.

Andrew Kenny, an independent energy and electricity policy expert, gave a talk on South Africa’s current power crisis, including its history, causes and possible solutions. Although the facts paint a grim picture of the road ahead, Kenny’s talk was not all doom and gloom. He detailed his own ideas on policy reforms and changes at Eskom that would get South Africa back on its feet and mentioned the role of entrepreneurs in helping South African households to cope with the lack of power. He remarked that there were thousands of ways in which entrepreneurs could help South African households cope with the power crisis through innovative business ideas.

South Africa’s state-owned power utility Eskom, is unable to meet electricity demand and in 2015 reintroduced a schedule of rolling blackouts known as “load shedding”. South African households and businesses now experience blackouts several times a week, for hours at a time. Loadshedding is hurting the country’s struggling economy, estimated to have grown by only 1.4% in 2014. Both big and small businesses are feeling the pinch. In addition, Eskom has warned that the blackouts are likely to continue for several months, and likely even years, as it struggles with a large maintenance backlog and a host of technical problems at its ageing power stations. Above: Mienke Steytler from the IRR speaking at the event Above: Electricity Policy expert Andrew Kenny speaking at the event

The apartheid system (1948 to 1990) involved massive state control, state enterprises, racist pass laws, hatred of the free market, racist job reservation, planning boards and more. It was a continuation of colonial white minority rule but with further rigid, statist laws added to it. Under apartheid, Eskom was a state-owned electricity supply monopoly. But fortunately (and strangely) the National Party government left Eskom alone. It was very lightly regulated (less so than many private utilities in the USA). There was no political interference, no social engineering. All appointments were on merit. All procurement was strictly commercial.

The National Party government simply told Eskom “Give us sufficient reliable electricity and cover your costs” and nothing else. This is exactly what Eskom did. Despite operating under the apartheid regime, Eskom developed one of the best electricity supply companies in the world, delivering plentiful reliable electricity at some of the lowest prices on Earth. Above: Electricity generation and demand in South Africa

Two Fallacies about the Electricity Crisis
Fallacy 1: “We were victims of our own success. The economy grew unexpectedly quickly. We must blame the apartheid government for only providing electricity to a minority of the people.”

This is not true. The economy grew unexpectedly slowly after 1994. The African National Congress (ANC) predicted that the economy would grow by 6% (a reasonable expectation) but it never did. It averaged about 3% from 1994 to the present day. After about 1990, Eskom and the municipalities put a huge effort into expanding electricity supply into previously disadvantaged communities. It was widely known that this would continue after 1994. The question is why didn’t the ANC-led national government and Eskom build power stations to cope with 6% economic growth and a huge expansion of electricity supply?

Fallacy 2: “Demand for electricity unexpectedly declined after 2007. This is because of structural changes in the economy. So we shall not need as much generation capacity in future as we had thought.”

This is also not true. After 2007, there was an end of supply. Eskom couldn’t meet the growing demand (despite slow economic growth). To meet even a 3% increase in economic growth, South Africa would need far more generation capacity. But this is far too low to meet our desperate economic problems, especially our appalling unemployment.

Why we do not have enough generation capacity?
Before 1994, Eskom was a state monopoly, with almost complete autonomy, and a simple brief to ensure South Africa had sufficient electricity supply. In the 1990s there was a surplus of generation capacity. It became part of the mental background of the government. In 1994, the new democratic government had ideas about deregulating/unbundling Eskom. There would be competition in electricity generation. The private sector would build power stations. Eskom did not know where it stood and was unsure of what it would need to provide.

In 1998, the Government told Eskom it would not build any new stations. It removed obligation to supply from Eskom but it did not give it to anyone else. Low electricity prices made investment in power stations very unattractive to the private sector. The result was that nobody (neither private sector or Eskom) built anything.

Between Eskom and the Government, there was a complete void of responsibility for ensuring our future electricity supply. Eskom managers entered a dreamworld where they expected extra electricity to appear like magic. They sleepwalked into disaster. Meanwhile electricity demand grew at a slow but steady rate, lower than was expected. Completely predictably, South Africa ran out of generation capacity. In 2004, the Government reversed its position and more-or-less gave Eskom back its previous status as the responsible agent for electricity supply. But it takes at least 8 years to build the big baseload stations we need.

In addition, many of South Africa’s power stations are nearing the end of their productive lives. By 2030 a large number of our coal stations will be more than 40 years old. They will probably have to be replaced, especially as they have been run into the ground and many are falling to pieces due to poor maintenance. Above: Aging power stations, another issue South Africans should be concerned about

Renewable energy as an alternative?
“Renewable energy” usually means solar and wind. It uses ‘free energy’. One of the problems with free energy is that it is very expensive. Solar and wind have a wide range of wonderful applications for off-grid energy but they are not suited for grid electricity. It is very expensive, hopelessly unreliable and requires vast amounts of materials to produce small amounts of bad electricity Solar and wind for grid electricity have proved an expensive failure wherever they have been used, including Germany, Denmark, the UK, the USA and now South Africa (REIPPPP).

Who should own Eskom?
The state should own a public electricity generator (such as Eskom) against which others should be free to compete. The fundamental financial consideration in power generation is cost of capital.
Here the state will always beat the private sector because:
• Its debt is cheaper (low risk, sovereign debt)
• It is content with a low return (the only shareholder is the government)
• It is content with a long payback period.

Politics & Eskom: Destructive & Corrupt
Since 1994, with notable exceptions, senior managers at Eskom have been appointed on race and political connections, and with a political agenda. Providing electricity has always been less important to them than racial transformation and political agendas. BEE procurement at Eskom has been used as legalised corruption, damaging Eskom. This type of corrupt political interference has resulted in an electricty crisis affecting South Africa’s poorest citizens the worst, as well as harming small businesses and entrerpeneurs.

• Abandon the current “keep the lights on” position. Eskom should take down power plants for proper maintenance, as the consequences of allowing more of them to fall into disrepair is too great a risk. Accept more loadshedding blackouts but plan them accordingly.

• Take the transmission system away from Eskom and give it to a an Independent System Market Operator (ISMO). This operator would buy electricity from anyone, including Eskom, at strictly commercial rates, and sell it to anyone, also at commercial rates.

• Keep Eskom as a state owned generator with an obligation to be the supplier of last resort. Allow anybody to compete freely against Eskom on commercial grounds without subsidies or favours.

•Award electricity prices to cover all of Eskom’s cost, including new build. Let Eskom finance the new stations on debt and then manage the debt responsibly. This will keep our prices low by world standards.

•Remove all political controls of Eskom, and compel it to make all appointments and procurements strictly on merit and commercial efficiency.

To read more about these proposals and South Africa’s energy crisis, please read the IRR’s policy paper entitled: The rise and fall of Eskom – and how to fix it now 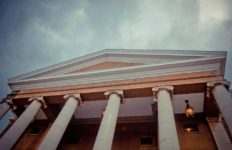