Ineng joined its global network in 2014, the fourth from South Africa and the first from Cape Town to do so. What countries in Europe can South Africans visit without a Visa?→ 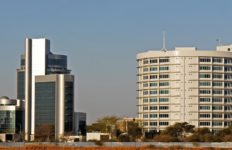